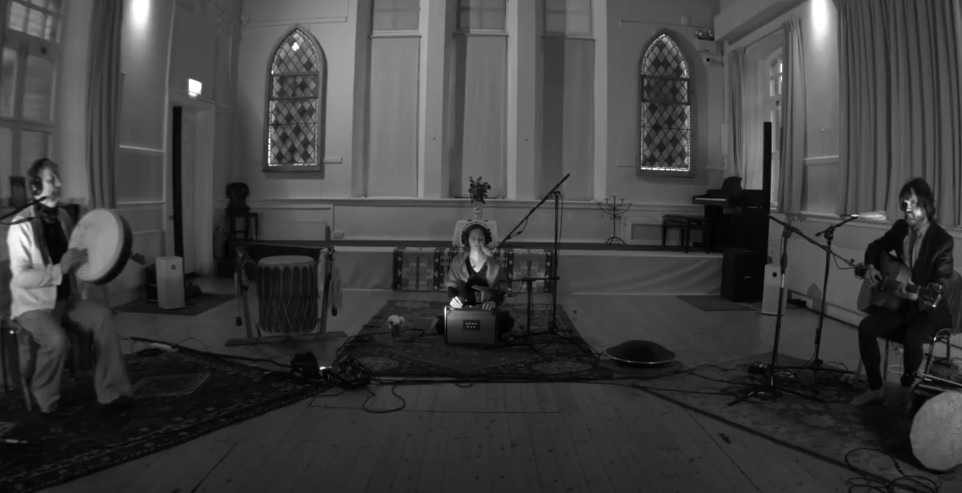 A trio of traditional Irish musicians recently breathed new life into an ancient Irish prayer ‘Sé Do Bheatha a Mhuire’ - Hail Mary in Irish. Newcomer Rainbow Starlight, Pol Brennan from Clannad and Sean Mulrooney from Tau and the Drones of Praise, collaborated on this powerful and otherworldly piece.

The reimagining of the ancient Irish prayer, Ón Mháthair, was filmed live at the Chapel of Ease Church in Dublin and also at the sacred mountain of Knocknarea, Co. Sligo, Ireland. Knocknarea is known as the final resting place of the warrior Queen Maeve of Connacht from the Ulster cycle of Irish mythology, a fitting replacement for Mary in the Irish psyche.

In their own words - This song calls to everyone of the island of Eiriú (Ireland) and across the globe to come together, to walk together, to deepen our commune with the land we live upon and to stand for right action with sovereignty of heart for the children and the future generations. It is time.

The track reminds us of the sean nos songs, an ancient form of Irish folk singing and traditional Irish music known for it's melodic foundation, and considered the key which opens every lock of Irish trad music.