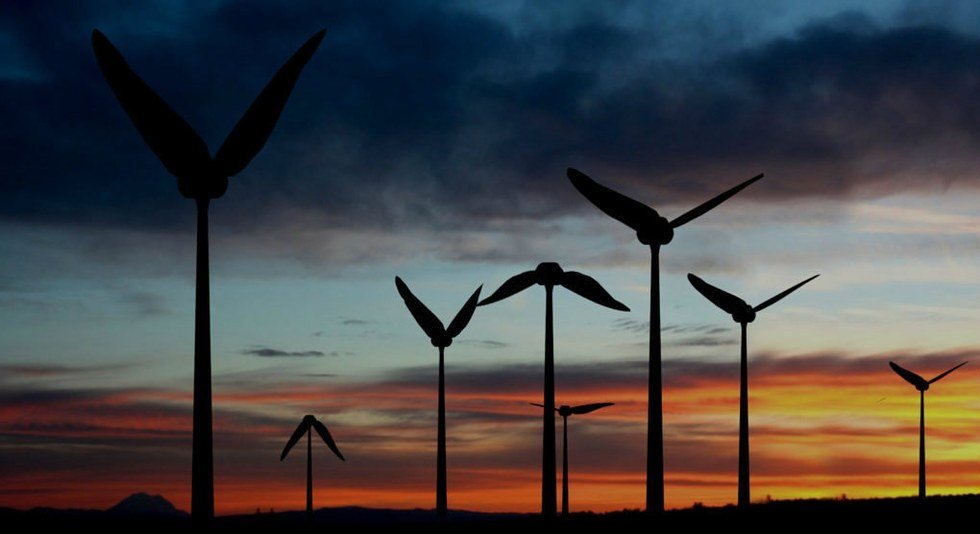 How to solve sustainability challenges. Biomimicry and design thinking

The natural world is something that never ceases to amaze me. In the history of humanity, we are living in a period of accelerated technological advancement and discovery. Yet it seems that the most advanced technologies already exist, and have for a considerable amount of time.

It is my firm belief that the next milestone in collective human advancement is to meet the challenges this world faces with technologies that have been right under our noses. After-all, the internet has existed in the mycelium of forests for eternity.

As a product designer, it is my job to find new and creative solutions to problems. Typically, one of the first questions I ask is 'Who has already solved this problem and how did they do it'. When dealing with an existing issue, the problem will have been solved by a lot of people in a lot of different ways. One method of innovation is to assess all of the existing solutions and then remix useful aspects of them into something new.

When looking for solutions to contemporary problems I believe we need to look towards the ultimate innovator, the natural world. This natural analysis is called biomimicry.

Biomimicry is a practice that learns from and mimics the strategies found in nature to solve human design challenges — and find hope along the way.

For much of the human world, a byproduct of modern culture is the consumption of finite resources without any replenishment. We are a thread unravelling the tapestry of this world. The impact of this paradigm is unsustainable and we know it, yet very little is being done.

Through biomimicry I hope we can look to nature for sustainable solutions and take our place on this tapestry to restore it, not simply see resources to be harvested and consumed. Below are five examples of biomimicry solving for challenges today. 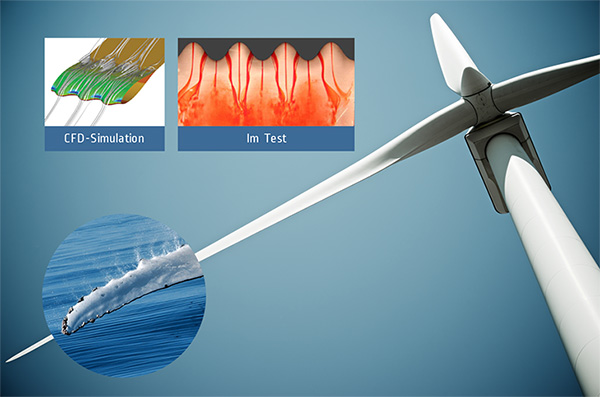 The bumps on the leading edge of the humpback whale’s flipper give it a hydrodynamic advantage. Researchers at Harvard are discovering that similar bumps could make wind turbines, fan blades, and airplane wings more efficient.

The Harvard research team showed that the bumps on the humpback flipper, known as tubercles, change the distribution of pressure on the flipper so that some parts of it stall before others. Since different parts of the flipper stall at different angles of attack, abrupt stalling is easier to avoid. This effect also gives the whale more freedom to attack at higher angles and the ability to better predict its hydrodynamic limitations. 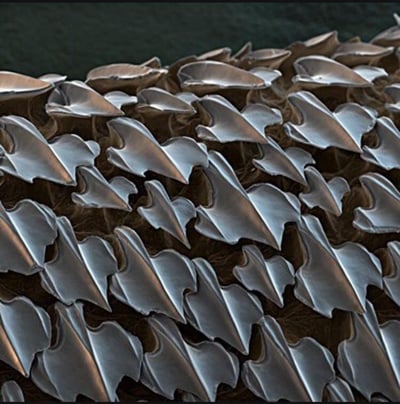 Shark skin is highly adapted to resist attachment of living organisms such as algae and barnacles. By replicating the structure of shark skin with bumps that are too small for the eye to see, surfaces and materials can be created that prevent bacterial contamination. This is achieved by making it difficult for bacteria to attach to the surface, much like algae and barnacles on a shark.

In a research study material designed to mimic shark skin contained 94 percent less MRSA bacteria compared with a smooth surface. The implications of this for hospitals, surgical equipment and every day surfaces such as door handles is huge.

Termites build skyscraper-like mounds that stay remarkably cool inside, even in blistering African heat. The insects accomplish that feat with a clever system of air pockets, which drive natural ventilation through convection.

The result is an architectural marvel that achieves 90 percent passive climate control in a large office and shopping center by taking cool air into the building at night and expelling heat throughout the day. The system uses only 10 percent as much energy as conventional air-conditioning to drive fans that keep the air circulating. 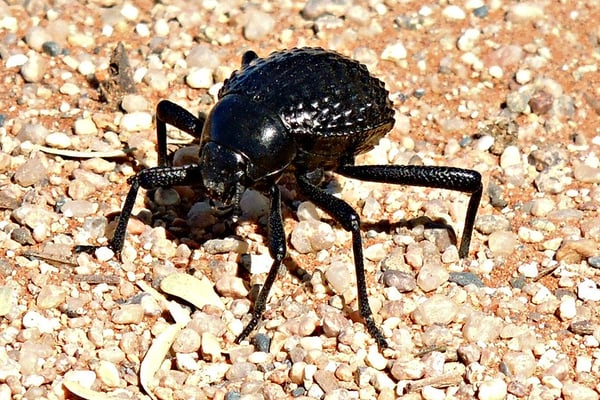 To survive in the arid wilderness of southwestern Africa, the Namib Desert beetle harvests water from thin air. The blueberry-size, long-legged insect leans its bumpy body into the wind, letting droplets of fog accumulate and drip down its wing case into its mouth. This is known as fog basking.

By creating spheres with bumpy surfaces, researchers essentially created fog magnets. A sphere with 1-millimeter lumps on its surface caught droplets with nearly 2.5 times the efficiency of a smooth sphere with the same surface area.

By creating materials with these properties engineers could design a water-collection device for refugee tents that could catch water droplets from the wind. Such materials might also be fashioned into a bottle that could refill itself using water from the air.

Cement production is one of the dirtiest industrial processes on the planet. It produces nearly 9% of global carbon emissions. However it may become much greener. Cements and concretes of the future will sequester vast amounts of carbon dioxide (C02) and utilise massive volumes of industrial wastes in the form of additives by mimicking how marine organisms build shells.

Shells are produced biologically from calcium and magnesium ions in sea water and carbon dioxide from the air, as it is absorbed by sea water. When the organisms die, their shells disintegrate and form carbonate sediments, such as limestone, which are permanent, safe carbon sinks.

We can emulate this natural process by producing cement, concrete and other composite construction materials that are “shell-like”. They contain synthetic calcium and magnesium carbonate, and are produced at temperatures far below those employed in conventional kilns.

There is Always Another Way

Another type of turbine uses biomimicry principles to replicate the mechanical action of hummingbird wings. The design is fundamentally different from standard rotor-based wind turbines because instead of converting linear motion - wind blowing across the land - into a circular motion, it converts it into a figure-eight pattern. Not only is that shape the same as the one hummingbird wings make while the birds hover, but it also generates energy on both the upstroke and the downstroke.

There are many potential solutions to solve for the problems the world faces today. The answers are there for us if we look to the natural world and the many strategies and adaptations that have evolved for success over millennia. Let us know what inspires you in nature and how it might be used for something beneficial today. if you're looking for inspiration, check out asknature.org. For tips on how to live a more sustainable lifestyle, get some top tips here.