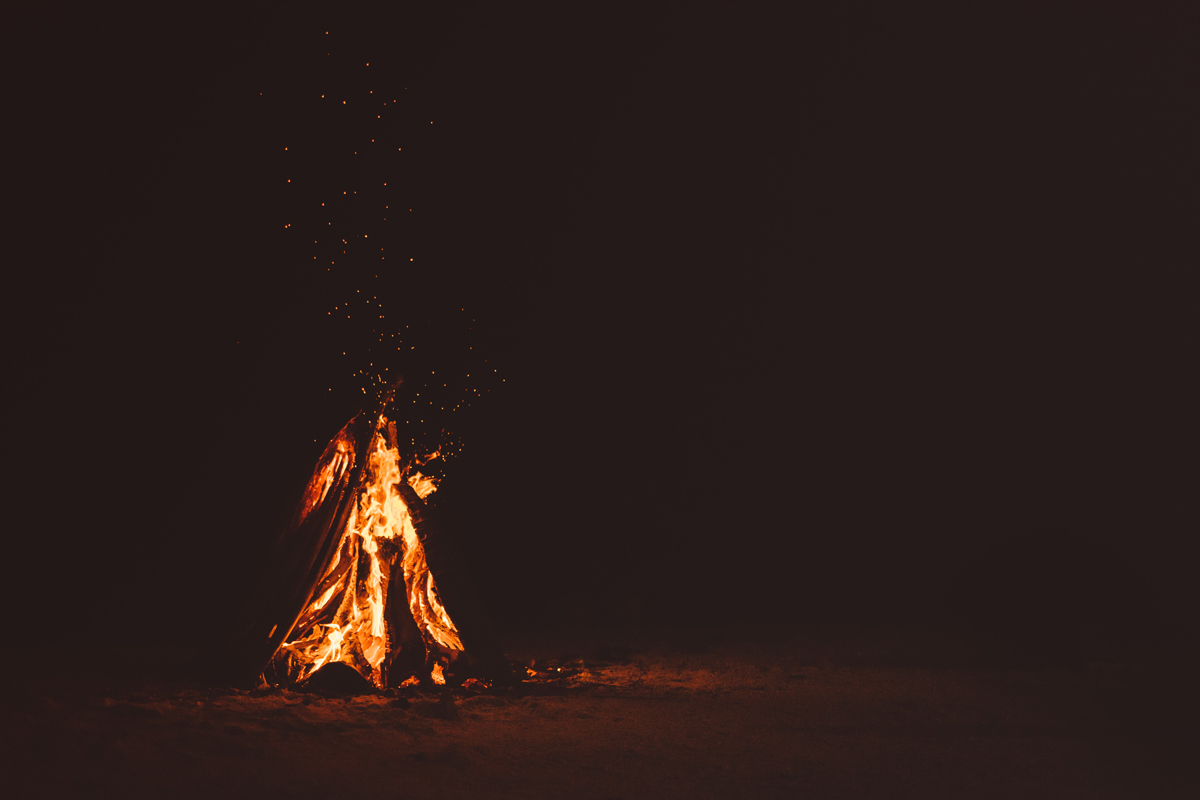 The Irish fire festivals are a series of celebrations that take place during the turning of the seasons and are Imbolc, Bealtaine, Lughnasa, and Samhain. These festivals are thousands of years old, and were ways for our ancestors to connect with the changing landscape and environments around them throughout the year.

They are called fire festivals simply because they are celebrated with fire. Like any good festival the celebration would also include music, dancing, costumes and rituals of course. Some of these traditions even carry on in contemporary forms today, like the lighting of the Beltaine fire at Uisneach. Legend tells us that all of the fires across the land would be extinguished and then reignited with the new flame from Uisneach, the heart of the land, as a symbolic spark of new life.

These festivals were sacred within the cosmology of the indigenous spiritual practice of the Irish Druids. Fire is life, fire is purifying, it is light and warmth in the winter, and the centre of the community in the form of the hearth. It is appropriate that fire be the central theme in the passing of time and ceremonial processions of the people who lived close to the land.

It was Amergin who named the land Eiru, which became Eire, and ultimately Ireland. The bard named the land after the most beautiful of three sister goddesses of the island. So it was to our ancestors that the land was a goddess, that she should be treated as such.

Our modern lives have fallen out of balance, we treat the land as a mechanism for generating resources. What would it be like if we treated the land like goddess, and worshipped and card for it? We would certainly leave a much better world for our children to inherit. Why not reflect on your relationship with the land during the next fire festival, and consider how you might live a more sustainable lifestyle.